World War I had a devastating impact on Tiree. The island’s Roll of Honour lists 290 men who served in that conflict, and the Scarinish War Memorial records the names of 66 of those who died. But the Great War was a distant conflict fought in the trenches of Europe. World War II was quite different. With the Battle of the Atlantic raging around it, Tiree suddenly found itself in the front line. A major airforce base was built in months and over 2,000 airmen and support staff from all over the world were stationed here.

Much of this had been foreseen by John MacLean (Iain mac Eachainn Bhàin), a shepherd in Hough in the 19th century and Tiree’s most celebrated seer. He said that many armed men would come to the island living in strange houses, and large birds steered by people with noses like pigs would rise up and lie down on the Reef.

The Reef was requisitioned by the Ministry of War in 1940, and labourers were brought in from Ireland and several Scottish jails to build the runways. Tiree became a Restricted Area. 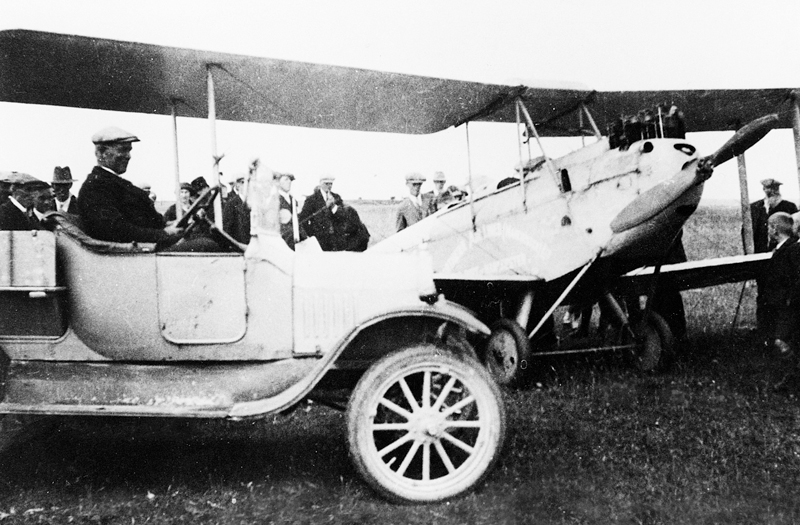 RAF Tiree was opened in 1941, with 224 Squadron flying Hudsons on anti-submarine patrol and air-sea rescue. In 1942 304 (Polish) Squadron brought a dash of colour to the base. In the early days conditions were often uncomfortable.

In 1942 518 Squadron arrived flying out into the Atlantic to make weather measurements. Pressure to fly was relentless and in 1944 the Squadron flew every day but two. Often icing and enormous waves made this extremely dangerous and they lost twelve aircraft during their spell on Tiree.

In 1944 two Halifaxes collided in low cloud over Island House. The grandson of the Czech Prime Minister, Jan Masyrak, was one of those killed.

Mines too were often washed up on the beaches. One came in below the Banker’s House in Scarinish. It was inspected and pronounced safe and the next morning the children from the school came down to play on it. A few weeks later a gale re-floated it and the mine crashed against the rocks where it exploded, shattering the windows in nearby houses.
A piece was even found on Ben Gott, over a mile away.

The war was a great turning point in Tiree’s history. Many of the island’s roads and a large airstrip were built. The huge RAF base and the films and dances at the NAAFI made a tremendous impact. 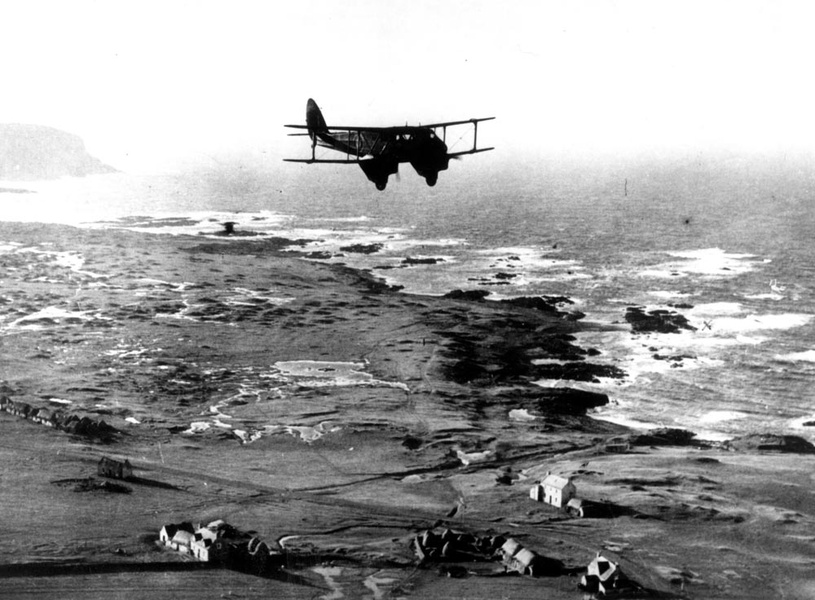 The first flight to land on Tiree was in 1929. The Tiree Association chartered a plane to visit the summer sports on the Reef. Islanders gathered on the top of Cnoc nan Deilgeanan (hill of the thistles) in Crossapol, just north of the Camp, to witness the landing. The captain, AN Kingwill, later did a short display of aerial stunts. 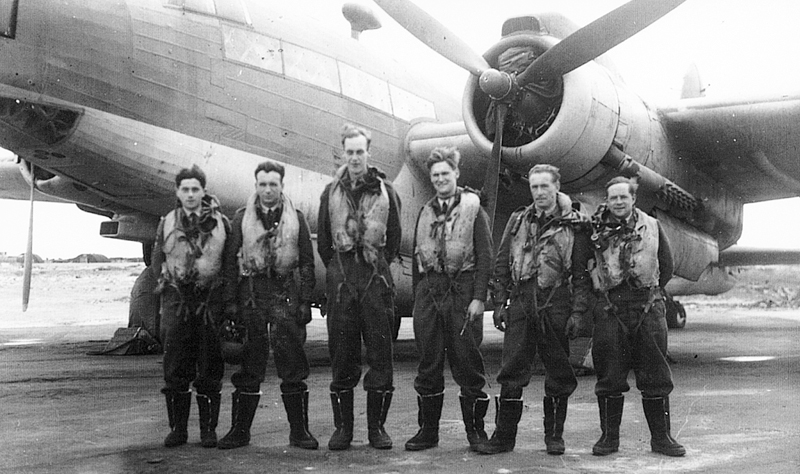 In 1935 the chief pilot for Northern and Scottish Airways, David Barclay, flew on a trip to Tiree looking for possible landing sites. Islanders were woken early as he flew for some time low over the island, landing on Gott Bay. On July 1st 1936 Barclay flew the first commercial flight to Tiree landing on the Reef in a DH 89 Dragon Rapide, a twin engine biplane that could carry eight passengers.

The first call for an ambulance plane to come to Tiree was made by Dr. Hunter in 1934. It landed "in a field near Hynish Bay" to pick up Alasdair Kennedy, Moss. The first live mid-air birth in an Air Ambulance in Scotland was over Scarba, just north of Jura, on February 28th 1950 when Chrissie MacFarlane, Hynish, delivered her son Lachie with Tiree’s district nurse Edith Read attending. Today there are around 35 ambulance calls to Tiree each year.